Median Late Lumen Loss (LLL) of the target lesion, as measured by Quantitative Vascular Angiography (QVA) at six months post-index procedure, was 0.19mm (-1.16; 3.07). The rate of Target Lesion Revascularization (TLR) was 2.3% – one of the lowest that has ever been reported in a drug-coated balloon FIM study at six months. There were no incidences of either death or the need for minor and/or major amputations.

“These initial results from the SELUTION FIM study are encouraging”, commented Prof. Zeller. “The findings confirm the efficacy of the SELUTION sirolimus-coated technology and they concur with previous paclitaxel drug-coated balloon studies in the superficial femoral artery. The primary endpoint has been achieved, and excellent clinical outcomes have been reported: Rutherford Classification, Ankle-Brachial-Index, Walking Impairment and Quality-of-Life assessment have all indicated beneficial patient improvement from this sirolimus technology. The study will be carried out to 24 Months to confirm safety and efficacy.”

The study involved 50 patients enrolled across four German centres. Its objective has been to assess the safety and efficacy of SELUTION in the treatment of lesions of the superficial femoral artery and/or the popliteal arteries, measured at multiple time points through clinical, duplex ultrasound and/or angiographic assessment (six-month time point only). The SELUTION FIM study is a prospective, controlled, multi-centre, open, single-arm clinical investigation. The primary endpoint of the study is angiographic Late Lumen Loss at six months. Secondary endpoints include Major Adverse Events, Primary Patency, and angiographic Binary Restenosis.

“We are very encouraged by this positive study, which clearly demonstrates a role for sirolimus drug-coated balloons”, added Med Alliance Chairman Jeffrey B. Jump. “Based on this data we will expand into other therapeutic areas, both further down in peripherals and into the coronary arteries. We will also aggressively pursue regulatory approval in the US, Japan and China so that patients around the world can benefit from this exciting new technology.”

SELUTION contains micro-reservoirs made from biodegradable polymer intermixed with the antirestenotic drug sirolimus. The micro-reservoirs, which are unique to the SELUTION drug-coated balloon (DCB), facilitate controlled and sustained release of sirolimus, which provides a therapeutic effect in treating lesions over a prolonged period. This ground-breaking study has demonstrated that SELUTION is the first DCB with sustained release of sirolimus to be effective in the treatment of both superficial femoral artery and popliteal artery lesions.

These primary endpoint results for the SELUTION FIM study complete the documentation required to submit for the award of a CE Mark for SELUTION. 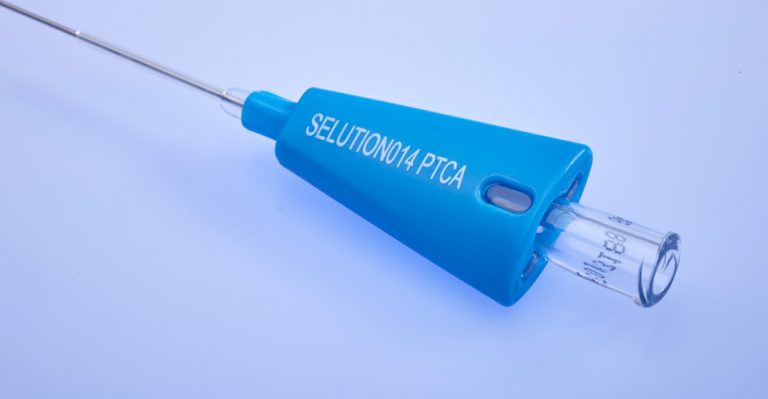